Re-entry back into the spheres of life and work has been accomplished.  I guess. At least physically. 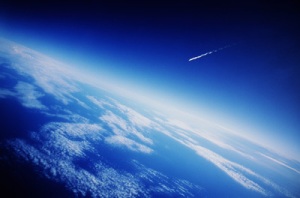 Re-entry into Asia, Myanmar and Yangon took place on Sunday.  I travelled on the overnight flight from Amsterdam to Bangkok and for once the flight was smooth with minimal turbulence. Towards the end of the flight, and as we were flying over Myanmar (ironically) the pilot advised us that we would be starting our descent into Bangkok shortly.  Almost as an aside he mentioned that there were thunderstorms in the vicinity of Suvarnibhumi Airport so there could be some turbulence. Now thunderstorms and flying as a combination freak me out a little, so I decided to instantly file the information in the large “denial” folder in my mind.

That worked initially as we started the descent, and I even managed to stay detached when we had a few pretty bumpy encounters with soupy clouds.  Then – BANG! There was a huge ”THWOOOOMP” kind of noise at the window and the cabin lit up as we air-kissed a bolt of lightning.  Inside the cabin there a lot of squeals and exclamations (although I didn’t understand the words as they were mostly in Dutch, I clearly understood what they meant), and great gripping of the arm rests.  The stewardess did not seem as alarmed as we were, and told us that we were safer in the sky than on the ground.  To say that this seemed counter-intuitive is an understatement, as we all know that lightning seeks out the highest point.  Plane.  Sky.  High…………  (I have since consulted Prof Google about this and it seems correct, would you believe?) The following fifteen minutes as we approached the runway lasted at least three hours, but finally we landed safely to an audible and collective exhale of breath. Re-entry into Asia?  Accomplished.

I had over three hours in the airport before my onward flight to Yangon, so collapsed into the secret comfy armchairs near the departure gates for a bit and concentrated on staying awake and not thinking about the stormy sky outside. Finally we departed, the skies had cleared and our short flight was uneventful and pleasant. In no time, I was through arrivals and heading homewards to a waiting cup of tea!  Sunday afternoon was heading into Sunday evening. Re-entry into Myanmar and Yangon?  Accomplished.

The time difference between Yangon and the UK is 5.5 hours at the moment, thanks to British Summer Time. Returning to Asia, I usually find more difficult to adjust to than the travel to Europe as you lose several hours and morning in my corner of the world is late night in the place I have just left.  Thanks to the overnight flight and the intensity of the overall visit, I was physically and emotionally exhausted, so managed to sleep fairly early on the Sunday evening.  Which was fortunate as most folks in the UK would just have gone to bed when it was time for me to get up for work on the Monday morning!  Which I did manage to do.  Although it did require a very deep breath to face my desk which had been abandoned so hurriedly when I left for Scotland a lifetime earlier. Re-entry into work?  Accomplished.  Pretty much.

Overnight on Sunday and Monday, my sleep was broken however, by a sound which I did not recognise.  It was certainly some kind of animal, emitting a noise a bit like a throaty bray of a donkey crossed with a deep quack of a duck.  It was so strange and I was so disoriented that I disturbed hubby to ask what it was!  He was naturally not so amused to be quizzed on wildlife in the small hours but was able to tell me that it was a kind of bullfrog.  This is not the usual “happy party” frog noises I hear during monsoon, and I learned the following day that this is the noise which the Big Frogs make to call for the rains because they have had enough of the oppressive heat and want their monsoon parties to begin.

This seemed to work.  I was not long home on Tuesday evening and had realised that the frogs were silent.  However, in the distance I could hear thunder rattling around and before long it was clear it was heading towards us.  I could feel the air cool and thicken and a wind picked up, agitating the trees as the thunder became louder and the flashes of lightning more persistent.  The rain started abruptly, pounding through the trees and beating against the windows as the storm passed overhead, thunder and lightning simultaneously crashing around.  And then, with no surprise at all, the lights all went out.  The power was gone and I was in the midst of a quadrophonic water symphony, orchestrated by a group of actors including the rain, wind, thunder and of course the lightning conductor.  (ouch!)

Now sometimes power comes back quickly, and other times it doesn’t.  It is just a case of get hold of the torches, blackout bits and pieces and wait and see.  After about an hour the lights flickered back on.  You could hear the collective sigh of relief and blowing out of candles across the neighbourhood, followed by another collective “oh no” as they flickered off again less than a minute later.  Usually that is a good sign.  It means that the power is almost fixed and should come on again soon. All the while, the mugginess and humidity seemed to intensify and the lights stayed off.  And, all the while, the power stayed stubbornly off.  In fact it stayed off all night.  Which meant very little sleep.  Hardly great when combined with jetlag.  Especially unhelpful for productivity or energy throughout a demanding working day.  The power was still off when I headed out to work and was still off late in the afternoon when I phoned home.

Wednesday evening saw writing group, so I was later home than usual that evening. And to be honest, the thought of another night in that discomfort was not pulling me home.  When I did arrive home the lights were on and I could hear music playing!  What a great welcome!  Short-lived unfortunately. Hubby gently broke the news to me that the lock mechanism in the bedroom door had broken and the bedroom (and small attached bathroom were inaccessible)!  My first thought was that my swimming stuff was in there and the morning swim now sabotaged.  Next thought was for my toothbrush!  Then for everything I needed for the next morning to be able to turn up at work.  Isn’t it just typical that the day you can’t access your everything, is the day you have an Important Meeting and need to be looking the part! There was no way that door could be opened though, at that time in the evening and the only choice was to sleep in the spare room, wearing random pieces of laundry and breaking into the spare toothbrush supply from our last visit to Bangkok.  Another sticky and uncomfortable night, though slightly more sleep than the eve. The lack of morning swim though, really did make an impact – it is always amazing just how much more energy it gives getting up an hour and a half earlier for the swim and cycle.

Happily the locksmith arrived early and had removed the whole mechanism and opened the door within minutes.  With a whoop of happiness, I was able to access my appropriate attire for the day and make a start not too much later than usual.  Re-entry into sleep patterns and acclimatisation?  In progress.

So now, thank goodness it is the weekend and the chance to regroup a little.  Saturday morning saw me draw up a very quick five sticky plan to guide the weekend, the first one in a while as this has not been relevant the past few weeks.

So re-entry has at least physically been accomplished, though it is remarkable how different the landscape looks following our bereavement.  I guess it just takes time for our senses and emotions to readjust.