The latest round of checks is behind me and I am breathing out.  That means one thing – that the important tests were mostly fine, and that I can breathe out slowly again.

I have been surrounded by support and care, and cannot express how much I value that.  There is never a time with these checks that you can truly put it all behind you and consider it “done”.  But it is good for now and I am just that little bit closer to NED (the precious No Evidence of Disease) than I felt last time.

My two cancer Docs, Dr W and Dr W2 were both happy and thorough.  My tumour markers remain elevated but stable.  As in almost exactly the same now over the past 18 months, and in fact since the rise which prompted the scary scans in October 2012. So this meant no bone scan this time.  Which was very welcome news! It does mean that there will be a number of scans and extras in the upcoming Annual Big Checks in October. But that is ok, because for now I can breathe out.

My aspiration is for Dr W2 to call me “boring” and I have still to attain those dizzy heights.  Last time he saw me I was “complicated” which is much better than “interesting” but still not boring.  This time I am in a better place in the scale – “expensive”! He asked me if I need more meds, and I said that I did.  I said that I could get some myself, but he expressed concern that they might not be good quality or genuine and I agree that it is better that he prescribes these.  However, that comes at a cost! Confidence that the meds are genuine means that they are also expensive.  And as time wears on, I gather more meds instead of shedding any.  Added to that, I am fighting off a couple of infections at the moment and needed to add an antibiotic to the mix. 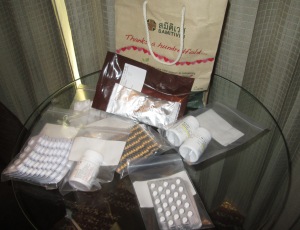 Dr W2 also said that I seemed to be one of a small number of long-standing patients.  I was surprised and he told me that many stop consulting him after their acute treatment, and many return back to their original countries.  So I have some kind of loyalty pass which is rather comforting.  Dr W similarly spoke very warmly with me, offered support to the Yangon Breast Cancer Friendship Group which we are establishing and was generally very encouraging.

It was not all so warm and cosy though.  My endocrinologist was less happy with my bloodwork.  My previously wondrous cholestrol levels have been steadily rising as are my sugar levels.  I am working hard to keep diabetes (which has been in my mother’s side of the family for generations) at bay and it seems that this is not going to last much longer if the trends continue.  I find this so frustrating when I exercise so consistently and eat very carefully.  I showed him my exercise log (ok, it’s a rather obsessive log of how far I swim daily, how far I cycle and how long I exercise for – I find it really motivating).  I find that I exercise between 180 and 250 minutes a week on average. He told me not to blame myself as if there is a strong genetic predisposition then I cannot halt that.  However, I also consulted with a nutritionist to see if there is something I am missing or not doing properly.  With her, I worked through a typical day and exactly what I eat.  She looked up at me and noted that my diet is more healthy than hers!  She suggested a few adjustments – such as reducing my fruit intake and adding some protein to my evening meal.  So I will give that a try.  She also noted that the lack of thyroid function is significant in metabolism and weight issues, even taking the synthetic thyroid which also made me feel better.  But then she suggested I am for a 3 kg loss for my next appointment.  Which totally deflated me.  I feel that aiming for a specific weight goal just does not work.  I struggle and work so hard not to gain, I feel an automatic failure if I cannot lose kilos.  I prefer to ensure that what I do is right and if that leads to weight loss then that is great, but what matters is to eat carefully and exercise.

Ironically, Drs W and W2 (my oncologist and surgeon) were happy to recall me in my usual six months, but the endocrinologist wants to see me again in three months.  Sigh.  A step backwards, it feels.

The ray of sunshine in this though, came from Dr W.  He knows me well and asked me if I still swim and cycle and I confirmed that I do and that this season is perfect for the morning routine.  I told him that there were concerns about my cholestrol and weight and he instantly said that this is well known of Femara.  Which was enormously reassuring and validating, and is very much what I suspected as these issues emerged from the very first checks following the switch from Tamoxifen. And as another friend said “cholestrol is better than cancer” and for sure, it is!  It is not great but the Femara is there to keep the bigger demon at bay.

As I move forward then, I juggle the bonus combo of a genetic propensity to diabetes and high cholesterol, lack of thyroid function and the side effect tactics of Femara. None of which I can do anything about, except continue as I am. 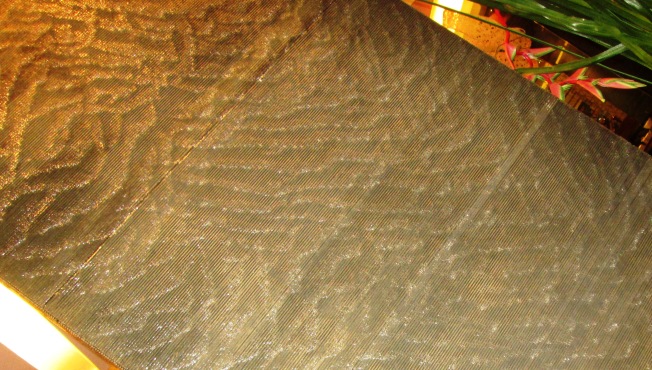 So here I am, again on the other side of a round of checks.  Again slowly breathing out.  And again subdued. I might not be “boring” but I am expensive so that must make me rather classy – right?

And whatever else I am, I am beyond thankful.

15 thoughts on “Costly and subdued.”